← Twitter – tweets versus trends
How to make people pay for media → 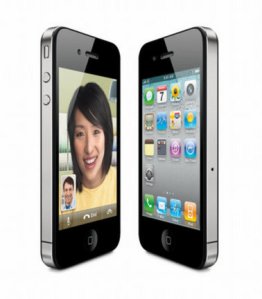 As the media speculated about the launch of the iPhone 4 there was a lot of chatter about them also launching a Verizon version of the new phone.  Rationally this was never on the cards for a few simple reasons:

1.  AT&T has really struggled to provide reliable service in two major metros (New York and San Francisco).  If Apple had opened the door to Verizon, customers would have fled from AT&T at an alarming rate.  I’m pretty sure AT&T knows this and will have been negotiating with Apple to keep the exclusive arrangement until its coverage issues are resolved.  According to Mr Jobs that should be by late summer if his answer at D8 is to be believed.

2.  The Verizon version of the phone uses different technology.  One presumes that the engineers at Apple will want to get the version they know working before they introduce an alternative.

3.  Apple actually likes the single supplier deal it has with AT&T.  Apple never went down the clone route because it loves to control as much as it can.  Having multiple carriers isn’t something Apple wants as it gives them more risk.  Apple signed up single carriers in lots of other markets – eg O2 in the UK.  They’d prefer to stay single carrier as long as they can.  Multiple carriers makes life more complicated and unless they need to do it, they won’t.

Don’t get me wrong, at some point Apple will let other carriers in, not many but some. But right now it is no hurry.  It can sell all the iPhones 4s it can build.  Pre-orders on eBay are already going for over $1000.  If they open up now they will simply have two channels they can’t fill.  They are much better waiting ’till the buzz has died down around the 4 and then introducing it on Verizon.  My guess is late this year…