Has Wikileaks gone too far? 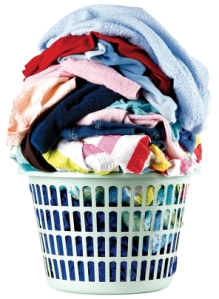 Wikileaks has gone from being an annoyance to the US government to public enemy number one in a matter of months.  We now have various top law makers are talking about legislation that would severely cramp their style.  Not content with annoying world leaders, the site has now said it will turn its attention to big business.  A year ago, few would likely have worried about what may appear on the site but given Wikileaks’ apparent attitude to risk it would appear ‘business’ may have a lot to worry about.  Commercial secrets of all manner would appear to be fair game.  After all, the site is prepared to leak military classified information that puts lives of innocent people at risk.  If so, then the damage extend to cover the lives of people in the middle east to damage to brands that could cause thousands of western economy jobs to be lost.  Of course, the argument to support Wikileaks is that they are only letting people know what governments and businesses are up to behind their backs.  In some cases it has real merit.  Corruption and other unlawful acts should be named and the people responsible shamed.  But simply revealing secrets because they are a) interesting and b) secret isn’t a great argument.  I’d like to see Wikileaks survive this storm but I’d also like to see it act more responsibly.  Without sensible self regulation it will receive harsh government regulation and all its efforts will have been in vain.

I’m pretty sure the owners of Wikileaks have secrets they’d rather not reveal.  These secrets  may be fascinating and if revealed could be acutely embarrassing to the people responsible.  Perhaps they could give that some thought the next time they dump someone else’s laundry on the internet.

Don’t simply focus on a great answer to the question

White House press secretary Robert Gibbs got in a little fight with April Ryan of American Urban Radio today because in effect she was asking a series of tabloid questions about the recent state dinner (you can watch the exchange here).  Whether you think he was right or wrong for cutting her off in the way he did, you can’t help but realize that the questions a press corps asks will inevitably shape the stories we read.  If Robert Gibbs had indulged April Ryan and talked about the state dinner for a few minutes it would have edged out another question from another reporter.  It made me wonder if there should be a system by which we vote on which questions the media plan on asking at these meetings so we can be sure administrations are being asked the right questions.  Of course that would be stupid and open to all manner of abuse.  But it made me realize that in PR we tend to measure the outputs from questions and often assume the media will ask the right questions.  By only focusing on influencing the answers to questions, we are missing out an important part of the process. Getting the media (social or otherwise) to ask the questions we believe are most important is the where the other half of the battle should be fought.

Transparency in a wiki world

Despite being in PR for a long time and despite having a tech bent, I was unaware until today of wikileaks.org, a site that publishes anonymous submissions and leaks of sensitive governmental, corporate, or religious documents, while attempting to preserve the anonymity and untraceability of its contributors.

The site is a great reference site for journalists, particularly those chasing political stories but I can also see how it will be used by PR people wanting to place controlled leaks. I can only imagine that companies will start to use this site to place leaks about their own business or products, but also leaks about the actions of competitors. Of course in true wikipedia style they don’t make it easy for people to place leaks on the site that will stick but equally, a factually correct leak should stay posted.